The Environmental Protection Agency has said that overall water quality in Ireland’s rivers, lakes and estuaries is getting worse after a period of relative stability and improvement.

In its Water Quality in Ireland report, the EPA found that the quality of almost half of river sources in Ireland is unsatisfactory and the number of pristine waters has fallen to an all time low.

Over 2,700 surface water bodies and more than 500 groundwater bodies were examined over a five-year period.

Just over half (52.8%) of all surface water bodies were found to be in satisfactory ecological health.

That is a 4.4% deterioration in overall surface water quality since 2015.

The deterioration has been driven mostly by increased nitrogen runoff from agricultural lands and phosphorus runoff from urban wastewater sources. 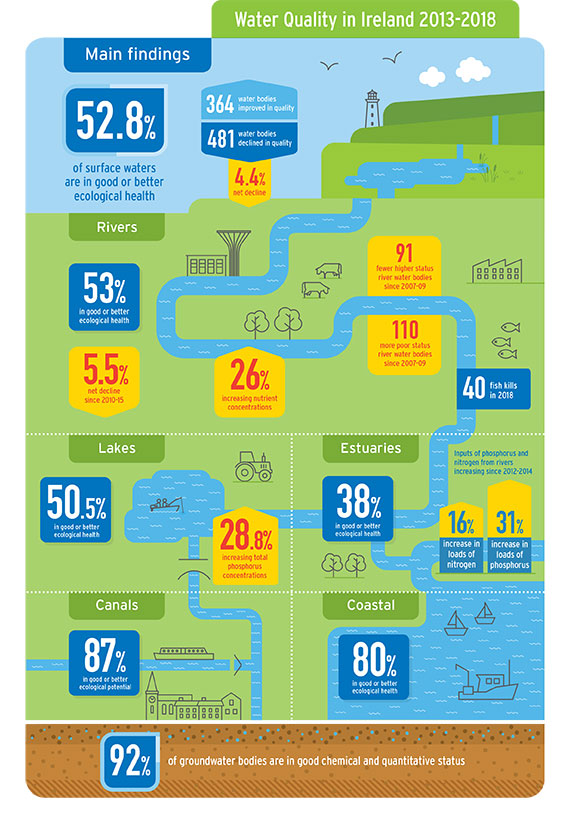 Corrib Beo and its first event to Inchagoill island

The Story of Water